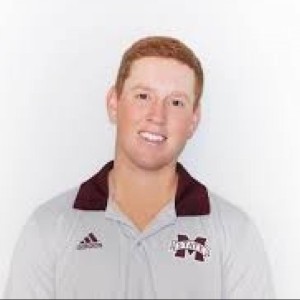 The Problem with “Swing your Swing”

5 years ago a commercial aired that included Arnold Palmer reading a monologue over a series of golf swings that included all skill levels.  The words spoken were very poetic and made some great points. It was the type of commercial that reminded everybody why we love this game. The message sent is that a golfer should not try to swing like anybody else, the golfer should embrace their own “unorthodox” swing. The monologue ends with the great Arnold Palmer making the statement “swing your swing, I certainly did.”  Unfortunately this commercial has been taken wildly out of context. Golfers everywhere use the phrase “swing your swing” to justify ignoring proper mechanics. There are certain mechanics that every great golfer uses, no matter how unorthodox the swing may look.

It is correct that no two golf swings will ever look exactly the same as a whole.  This is largely because of different body types and different engrained motor patterns.  My swing will never look like Tiger Wood’s swing. However, I can take certain qualities in his golf swing and try to copy them because they are mechanically correct. Everybody’s golf swing can be improved and everybody who plays should make an effort to improve it.

What swing characteristic is used universally by every successful golfer? They all have proper sequencing in the downswing.  A easy way to think about this characteristic is that they “work from the ground up”. The downswing should be initiated with the hips, then the torso follows, followed by the arms, and lastly the club.  When a golfer successfully swings this way it accomplishes two things.

No two golf swings will ever look the exact same but the sequencing should be relatively close.  In the Titleist Performance Institute level one seminar, they use the example of Adam Scott and Jim Furyk.  Adam Scott is known for being successful using one of the prettiest swings you can find on tour. Jim Furyk is known for being successful using one of the ugliest swings on tour.  The two golfers have almost identical sequencing. Because of this, the swings could not look more different at the top but look fairly similar at impact and both get great results.  Another good example of two golfers with different looking swings but similar sequencing is Jack Nicklaus and Ben Hogan. These two greats were known to use very different characteristics but had similar sequencing. Their impact positions look almost identical. 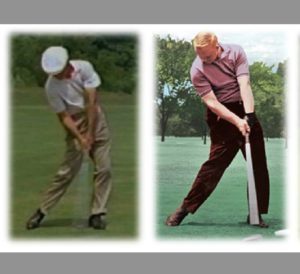 How does a golfer improve their swing sequence?

Now that we established that every golfer should be trying to improve their sequence we should now talk about exactly how to accomplish this.  Unfortunately it is most likely too difficult to simply tell yourself in the downswing to lead with the hips then torso then arms then club. The golfer needs to practice this motion.  Harvey Penick and Ben Hogan would talk about spending time on the range swinging extremely slow to practice the movement. They would gradually speed up until the motor pattern is engrained in the swing.  One of my favorite strategies is to break the swing up into sections to practice sequence. I break up the movement until it is virtually “unmissable” then I practice the movement until it translates to the full swing.  For example, I may bring the club to the top of the backswing then practice starting with the hips. If someone has the resources, using technology such as a K Coach will graph the golfers sequence specifically can be very beneficial.  This gives the golfer an objective measurement which is an extremely useful tool.

There are certainly other swing characteristics that golfers should work on but swing sequence is by far the most commonly misused.  This mainly because it is the most difficult to master. Most people feel it is natural to lead with the hands when they get to the top of the backswing.  This results in the common “over the top” motion that leads to the slice. This is very difficult to change but it can be done with a good amount of practice.

I don’t look at the phrase “swing your swing” and think it is inherently wrong or bad.  I just think that the statement is misunderstood. I hear arguments often that similar to “I just find what works for me” or “I do what I can do to be repeatable and consistent over time”.  I then make the counter that if you are swinging inefficiently then it wont “work” or be “repeatable” or “consistant”. No matter how much you think it will. I am not saying the golfer should copy exactly what they see on T.V but they should identify flaws and aim to fix them, not just swing exactly the same and make no improvements.  In the end people should “swing their swing” but do it correctly.